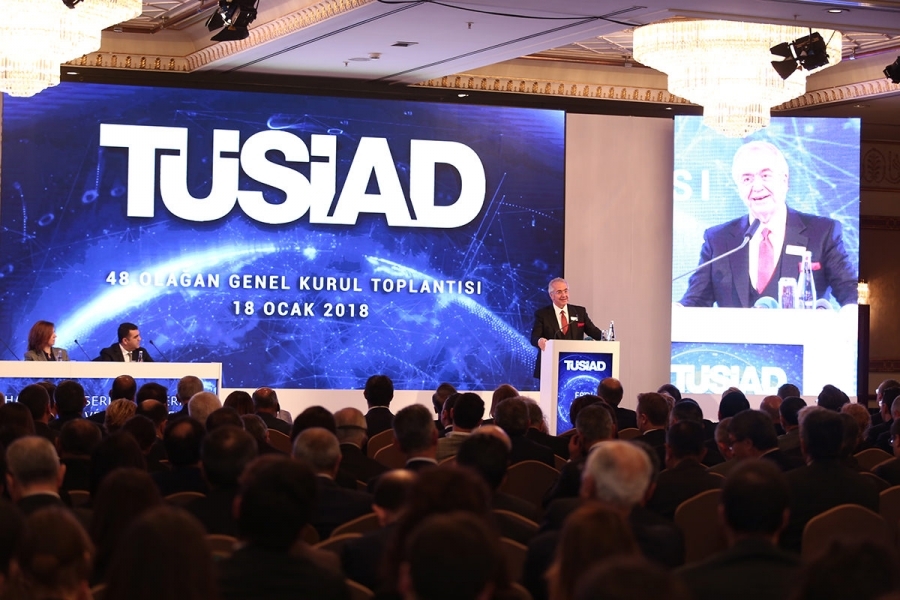 48th Ordinary General Assembly meeting of TÜSİAD has been held on 18 January 2018, in Istanbul.

At the opening of the meeting, the first President of TÜSİAD who served between the years of 1971-1979, the late Mr. Feyyaz Berker was commemorated. Commemoration ceremony included speeches by Mr. Bülent Eczacıbaşı and Mr. Nihat Gökyiğit.

Following the completion of the order of the day of the general assembly, Sir Suma Chakrabarti, President of the European Bank for Reconstruction and Development (EBRD) delivered a concluding speech.