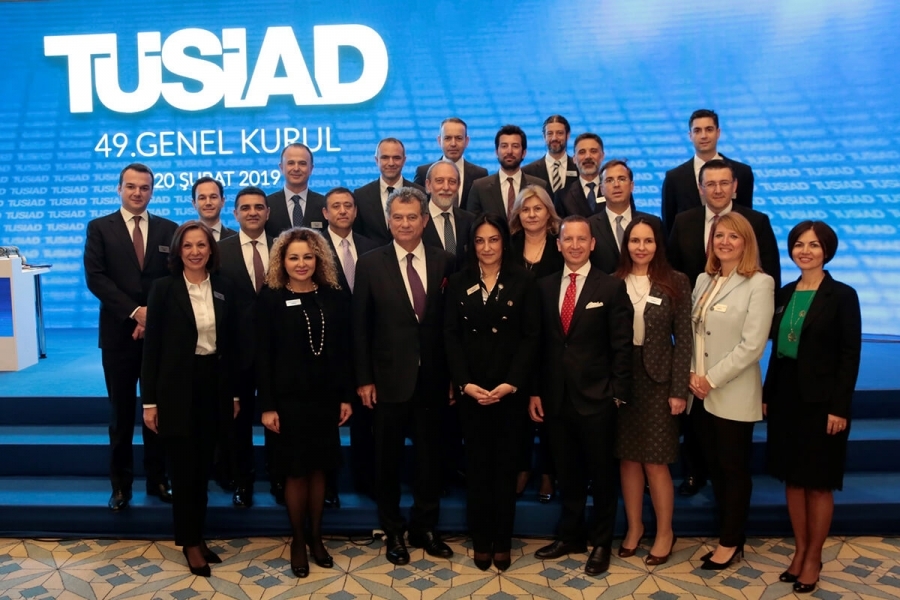 The 49th General Assembly of the Turkish Industry and Business Association (TÜSİAD) convened in Istanbul today and elected a new Board of Directors.

Tuncay Özilhan has been re-elected President of the High Advisory Council of TÜSİAD.

The members of the Board of Directors and High Advisory Council are as follows: 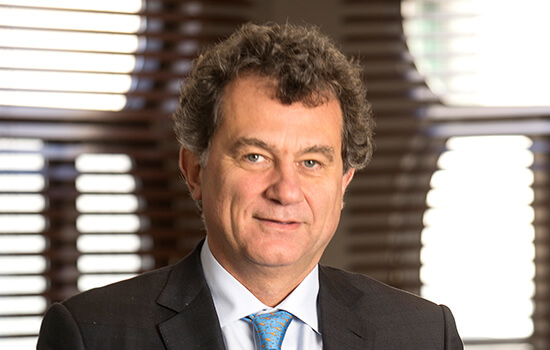 President of the Board of Directors of TÜSİAD

Simone Kaslowski graduated from Clark University in Worcester, Massachusetts in 1984, after completing primary education in Istanbul. He began working in the sales department at Organik Kimya, a family business, in 1985. Kaslowski significantly expanded exports of Organik Kimya products and was appointed head of sales in 1993. After actively working on various investment projects for the firm, Kaslowski was appointed CEO and became member of the board of directors in 1995. His leadership was instrumental in the growth and expansion of Organik Kimya.

Organik Kimya operates in 80 countries and has a 250-thousand-ton production capacity in facilities in Kemerburgaz and Tuzla in Istanbul; Rotterdam, Holland; and Lugano, Switzerland.

Simone Kaslowski worked to develop the chemical sector in Turkey and contributed to the Chemport project of the Turkish Chemical Manufacturers Association.

Kaslowski was Chairman of the Chemical Industry Task Force of TÜSİAD. He has been on the Board of Directors since 2013 and has chaired the EU Affairs Committee and the Global Relations and EU Roundtable, significantly contributing to the international efforts of the association. Kaslowski has been Vice President of TÜSİAD since 2017 and was elected President in February 2019.

TÜSİAD President Simone Kaslowski delivered remarks at the General Assembly and outlined his vision and priorities for the Turkish business community. Below are excerpts of his remarks, in English:

“The pursuit of science and information is fundamental to our national interests. History and global developments have clearly shown that deviation from the path of science can be detrimental to societies. Therefore, the new story that Turkey needs to write, must be a declaration of will to prevail in the modern era. The new board of directors will be the most eager supporter of this new story. We will mobilize the strength and know-how of TÜSİAD membership to realize this story.

“The ideas and individuals that contribute to innovation, digital transformation, and generate value gravitate to areas where freedom prevails. Improving social development, technological advancement and democratization will ensure that our best and brightest pursue their futures here.

“As the most successful project in promoting freedom, peace, development and welfare, the European Union continues to be an important center of balance despite recent disruptions. Turkey’s accession to the EU remains the best means to expand the effectiveness of both sides and presents a true win-win formula. As part of the EU integration process, the modernization of the customs union, increased cooperation and objectivity will rapidly improve the global competitiveness of Turkey and the European Union.

“During our term, TÜSİAD will mark its fiftieth anniversary – a half century. TÜSİAD, with an expanding scope, responsibilities and institutional memory, is more than a business association; it serves as a think tank where new ideas are introduced. We will continue to depend on the experiences, ideas, and views of all our members, who in turn represent over 4,000 businesses. We will share more, question more, and seek more answers to build a “Turkey that is stronger in global competitiveness.”

“Our country is going through a difficult period, economically and socially. Just like in the past, our formula for success will be to analyze and understand developments better and to express our views. The economic indicators are clear: we must strengthen our growth model. Due to tighter global credit conditions, countries must depend more on their domestic potential. Our country has a great deal of opportunity in human resources and innovative ideas - provided that we introduce the legal, social and economic reforms necessary for the development and implementation of these ideas.”

In his opening remarks, outgoing TÜSİAD President Erol Bilecik reviewed the previous two years and reiterated the values of the Turkish business world:

“Respect for democracy, the rule of law, and human rights are all attributes of a strong country. Turkey will take its place in the league of strong nations only by supporting pluralism, tolerance, justice, solidarity, gender equality, and a modern education system.

“As a result of our historic and strategic direction over the centuries, Turkey is Western and a European country. Simultaneously, it is Eastern, and an Asian country. This is our greatest strength as an arbiter in foreign policy disputes. A “Middle-Easternized” Turkey can have no influence in the West. However, a Turkey that is influential in the West, carries more weight in the East. Therefore, we must improve Turkey’s position and respectability in the world.

“We are aware of the problems Turkey and the European Union face today, but as we look to the future, we see that the both sides will need each other even more. Therefore, protecting Turkey’s EU accession process and updating the Customs Union must remain our main priority.

“Domestically, our diversity is our greatest strength. ‘If everyone is thinking alike, then somebody isn’t thinking.’ Polarizing discourse, which divides our society in half, is the greatest threat to our future. The solution to our problems is to unite through shared values and common goals.

“Democracy must not be sacrificed for short-term political interests. For a strong future, it is essential to ensure a democratic political system. We are entrusted with all of the values of this Republic, especially the preservation of individual freedoms and democracy.”

“There is no doubt that global crises, security threats, terrorism, and repetitive elections over the past five years had an impact on our economy. We are preparing for another election in March. It is my hope that we will quickly prioritize the economy after the elections.”

“The five steps necessary for a strong economy are:

“Today the world is entering a new era. Developments in technology are changing every aspect of our lives. Unfortunately, Turkey has lagged behind previous industrial revolutions and has missed many opportunities. In order to achieve the goal of becoming one of the world’s ten largest economies, Turkey must undergo a digital transformation.

Today, information and work are evaluated based on merit, diligence, and vision; regardless of gender. We appreciate better now, the foresight of the founders of our Republic in promoting rights for women before many developed countries. As we have emphasized for many years, “We cannot fly into the future with one wing!”