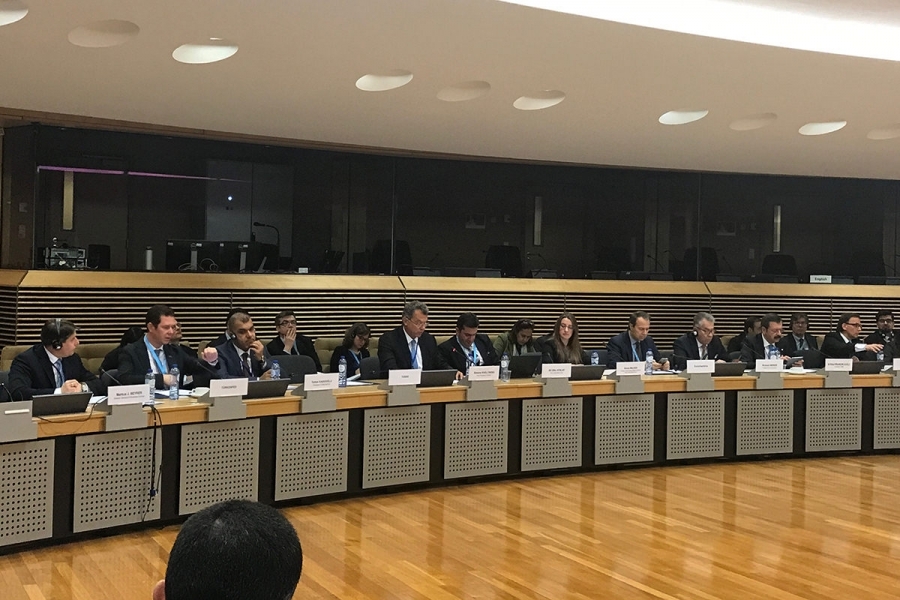 TÜSİAD Vice-President Simone Kaslowski draw attention to the benefits of modernizing the EU-Turkey Customs Union, which, in its current form, does not meet the requirements of the global economy and trade dynamics.

TÜSİAD attended the second-High Level Economic Dialog Meeting between the EU and Turkey on 8 December 2017. The meeting was co-hosted by the European Commission Vice-Present Jyrki Katainen, Deputy Prime Minister of Turkey Mehmet Şimşek, Minister of Economy of Turkey Nihat Zeybekçi and Minister of Customs and Trade Bülent Tüfenkci in Brussels. TÜSİAD was represented by Vice President Simone Kaslowski, who chairs its Global Relations and the EU Roundtable and the EU Representative Dilek Aydın.

As a member of BusinessEurope (The Confederation of European Business) TÜSİAD presented the views of Turkish businesses on the Turkey’s EU process. In his speech, Simone Kaslowski stressed that Turkey’s EU accession framework has to be preserved as the basis of the partnership and joint action in all fields. Kaslowski pointed to the mutual benefits of the modernization of the EU-Turkey Customs Union, which, in its current form, does not fit the realities of the global economy nor provide any remedies to the problems of investment environment.

In addition, Kaslowski emphasized the critical importance of the debate on the structural transformation of the EU’s institutional architecture for Europe’s future and its global role. The EU’s sphere of influence can expand globally with a deepened Eurozone at the core, and with a wider and better organised European area of market, law and security to better meet the challenges of the 21st century. Kaslowski stated that a stable business and investment environment in Turkey requires trust in Turkey’s capacity in finding its place in this wider European Union.

The first meeting of the EU-Turkey High Level Economic Dialogue Mechanism, established in 2015, took place in 25-26 April 2016 in Turkey.