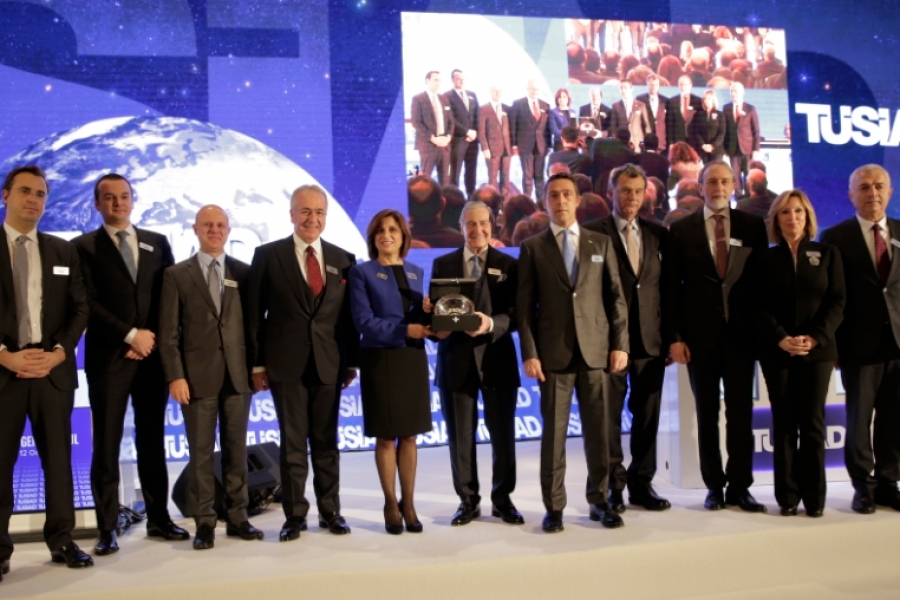 The 47th General Assembly of the Turkish Industry and Business Association (TÜSİAD) convened in Istanbul today and elected a new Board of Directors.

Erol Bilecik was elected President of the Board of Directors of TÜSİAD. Ali Y. Koç, Simone Kaslowski, and Murat Özyeğin were elected Vice Presidents.

Tuncay Özilhan has been re-elected President of the High Advisory Council of TÜSİAD.

The members of the High Advisory Council and Board of Directors are as follows:

President of the Board of Directors of TÜSİAD

Erol Bilecik was born in Antakya, Hatay. In 1980 he moved to Istanbul to study computer engineering at Istanbul Technical University.

After graduation, he worked as a system analyst before founding Index Computer in 1989. He has been the CEO and Chairman of the Board of Directors at Index Group Companies – Index Computer, Despec, Datagate, Neteks, Homend, and Teklos-Index Group, which distribute products from over 200 global technology companies in Turkey. Since the 1990's Index Group has worked with major international companies like IBM, 3M, Apple, HP, and Siemens.

Mr. Bilecik was awarded the Outstanding Service and Honor Award by Turkey’s Grand National Assembly in July 2010 for his philanthropy and commitment to education.

Within TÜSİAD, Mr. Bilecik has led the social development roundtable and working groups on information technology and telecommunications. He was elected Chairman of the Board of Directors of TÜSİAD in January 2017.

The Turkish Industry and Business Association (TÜSİAD) was established in 1971 as a non-governmental, non-profit entrepreneur organization which represents a significant part of the Turkish economy. Member companies account for 85% of Turkey's total foreign trade volume (excluding energy), 50% of total private sector employment, and 80% of total corporate taxes. TÜSİAD promotes principles of participatory democracy, a competitive market economy, environmental sustainability, and universal freedoms and human rights. TÜSİAD is a member of the B20 coalition and BusinessEurope, with a strong international network of six representative offices around the world: Washington, D.C., Brussels, Paris, Berlin, London, and Beijing. TÜSİAD's Washington Representative Office opened in 1998, focusing on U.S. - Turkey relations within the framework of TÜSİAD's mission and values.