TUSIAD launched its Gulf Network based in Dubai 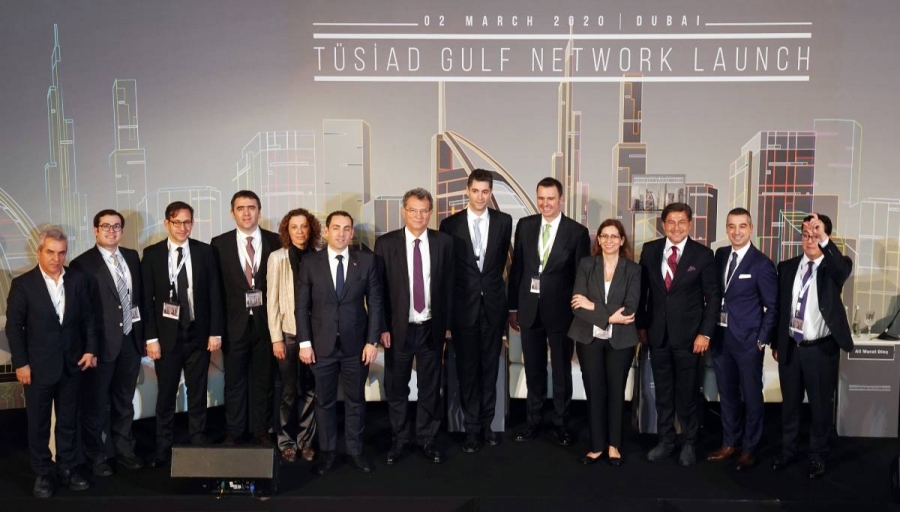 TÜSİAD has established a Gulf Network based in Dubai as to enhance bilateral economic relations with the region, to promote trade and investment to/from Turkey with an understanding of the priorities of Turkey’s regional and global relations. In this context, TÜSİAD realized the launch event on 2nd of March in Dubai at Burj Al Arab Hotel with a panel on “Economic Cooperation Opportunities between Turkey and Gulf Countries” followed by a high-level networking cocktail.

Around 150 local and Turkish businesspeople attended the launch event. Majid Saif Al Ghurair, Chairman of Dubai Chamber of Commerce and Industry also attended the event and delivered an opening speech. In his speech, Mr. Al Ghurair emphasized the importance of dialogue and collaboration between businesses and indicated that Dubai Chamber is planning to further strengthen their partnership with TÜSİAD.

In his opening speech, TÜSİAD President Simone Kaslowski said, “Considering the rising significance of the Gulf Region in our trade and investment relations, we created a GCC Network within TÜSİAD three years ago. Right after, we decided to establish a Gulf Network based in Dubai to expand our presence across the GCC, creating a robust link between the Turkish business world and the region. Dubai has been surely a conscious decision as it is a unique business hub for the region including Middle East, GCC and Africa with its excellent infrastructure and high-quality investment environment.”

Bilgün Gürkan, President of TUSIAD’s GCC Network for 3 years, noted that in 2019, Turkey’s trade with GCC countries made up to 4.3% of its total trade, up from 2.9% at 2009. At the same time, investment from GCC countries accounted for 12% of FDI in Turkey. While acknowledging the increase in total trade and GCC countries’ position as one of the leading international investors in Turkey, Ms. Gürkan indicated that there’s further room for improvement in bilateral trade and investment relations.

Arda Cenk Tokbaş, Coordinator of TÜSİAD Gulf Network based in Dubai, underlined the importance of fostering connections and sharing best practices. He emphasized the role of this newly established Network in connecting Turkish entrepreneurs, businesspeople and professionals with trade and investment opportunities in the region and told that TÜSİAD affirmed its position as a solid and reliable partner for its counterparts in the region.

TÜSİAD has strong membership and communication networks in world’s leading business centers such as Washington DC, Brussels, London, Berlin, Paris, Shanghai and Silicon Valley. With the Gulf Network based in Dubai, TÜSİAD aims to expand its presence and activities in the Gulf region and promote Turkey’s investment environment.