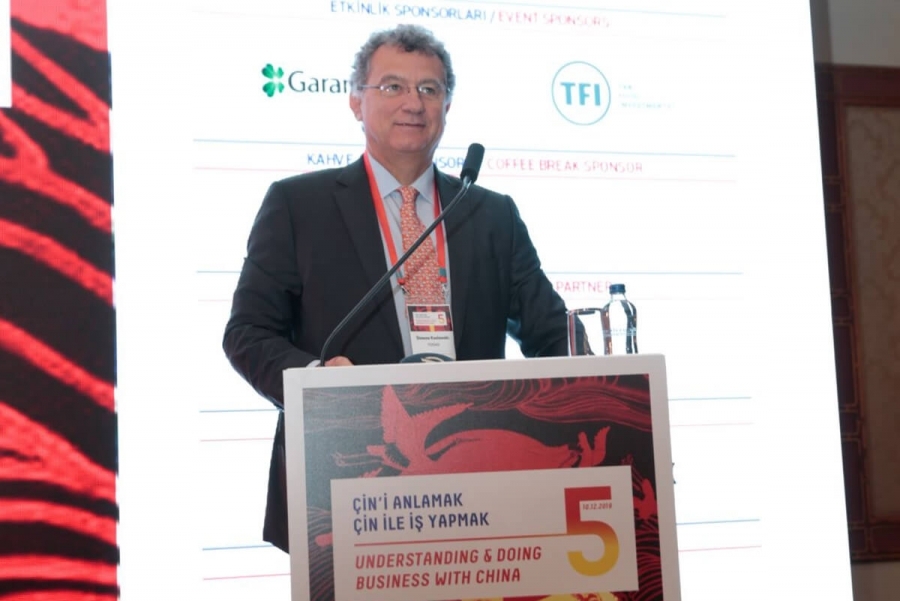 On December 10, TÜSİAD hosted the 5th edition of the “Understanding and Doing Business with China” Conference in cooperation with Istanbul Okan University’s Confucius Institute at Istanbul’s Intercontinental Hotel.

The aim of the conference is to raise awareness within the Turkish business community on the spectacular economic, social and technological transition in China. Participants discussed the impact of China’s policies on the Turkish and global economy. Additionally, the investment environment in China and Turkish- Chinese bilateral relations were examined.

Selim Dursun, Deputy Minister of Transport and Infrastructure of the Republic of Turkey, Simone Kaslowski, President of TÜSİAD, Bekir Okan, Chair of the Board of Trustees of Istanbul Okan University, Huang Songfeng, Commercial Consul of the Consulate General of the People’s Republic of China and Korhan Kurdoğlu, President of TÜSİAD China Network gave the opening speeches at the conference.

This year’s conference consisted of four sessions. The first session focused on China’s international relations and foreign direct investments and tackled issues such as Made in China 2025, the Belt and Road Initiative, and recent economic, social and technological trends. In the second session, Turkish companies shared their perspectives on doing business in China. The third session explored Chinese investors’ experiences and partnerships in Turkey. In the last session, representatives from different ministries discussed Turkish - Chinese relations from the governmental perspective.

The conference was supported by HSBC Turkey as a Gold Sponsor, Garanti BBVA and TFI TAB Food Investments as Event Sponsors, Arzum OKKA as a Coffee Break Sponsor, Mazars Denge as a Knowledge Partner, and Çimtaş as a contributor.