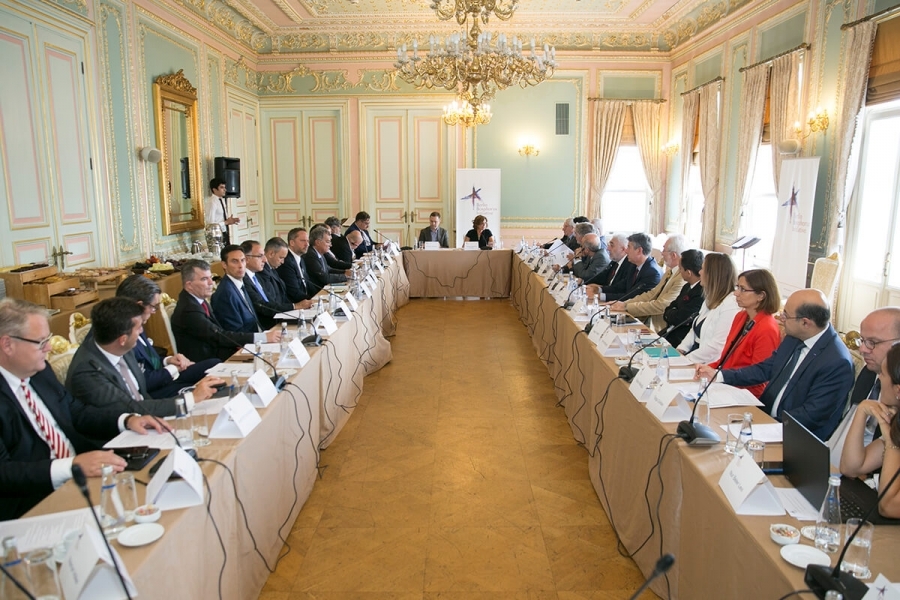 TÜSİAD President Simone Kaslowski: "It is time to rejuvenate bilateral relations between Turkey and Germany, to give them the necessary momentum as they deserve as well as to enhance mutual trust and cooperation accordingly.”

Berlin Bosphorus Initiative (BBI), founded under TÜSIAD’s initiative in Germany since 2013, aims to bring the existing exchange, knowledge and cooperation between Germany and Turkey in the fields of economy, society and politics to a new and innovative level by establishing a sustainable network of competent partners on both sides. Its priorities are advancement of German-Turkish civil society dialogue on economic, political and cultural issues, encouragement of economic relations between Germany and Turkey as well as strengthening of social and political relations.

The 5th Advisory Board Meeting of Berlin Bosphorus Initiative took place on Monday, September 9th at Sait Halim Paşa Mansion in Istanbul, with the participation of high-level policy makers and opinion leaders from Germany and Turkey. The opening speeches of the meeting were made by TÜSİAD President Simone Kaslowski, BBI Advisory Board Co-Presidents Cansen Başaran-Symes and Michael Schwarz.

TÜSİAD President Simone Kaslowski underlined the following message in his speech: "It is time to rejuvenate the bilateral relations between Turkey and Germany, to give them the necessary momentum as they deserve as well as to enhance mutual trust and cooperation accordingly”. Kaslowski has also emphasized the importance of Turkey- EU relations by stating that: “Turkey’s future is entrenched in the transatlantic system and its values. Despite shortcomings, the EU is the most comprehensive supranational political structure that has the greatest potential to address today's complex problems. As for the Turkish business community, the EU remains an important anchor for our goal of Turkey being a member of the liberal democratic order. Undoubtedly, a Turkey that progresses towards EU accession, that maintains high standards and the rule of law will advance quickly in the 21st century”.

BBI Advisory Board Co-President Cansen Başaran-Symes, highlighted the critical role played by civil society in the development of bilateral relations. Başaran – Symes pinpointed to the priority areas in the common agenda of the two countries such as digital transformation and entrepreneurship.

In the second part of the meeting, BBI Executive Board President Hüseyin Gelis, shared the 2019/2020 activities program of the Initiative and his future assessments. BBI Advisory Board members gave their crucial feedback as regards to the critical role played by the Initiative in strengthening bilateral relations and the program for the upcoming period.

During the cocktail held after the meeting with the valuable participation of German Ambassador to Ankara H.E. Martin Erdmann and in the presence of BBI Advisory Board members, PhD student Ceren Kulkul was awarded the very first “Bosphorus Prize” for her contribution in the essay competition co-organized by the Berlin Bosphorus Initiative and Humboldt University, for student White Papers/ Research Essays presented on a topic in EU, Germany and Turkey relations.

Contact: BBI Coordinator Ayşe Yürekli (This email address is being protected from spambots. You need JavaScript enabled to view it. )